My senior dog or cat is making a strange coughing/hacking noise, what should I do?

I will start by saying the same thing that I have told countless clients and online pet owners…I don’t mess around with breathing issues. If your dog or cat is having problems breathing, increased breathing, increased effort, lethargy, significant coughing, etc. then you need to make an appointment to have a visit to the vet…sooner rather than later. 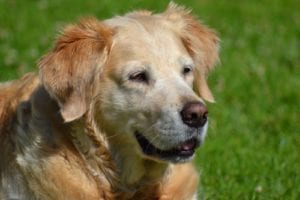 However, if your pet is otherwise acting normally then there are a few common issues that we see in our older pets. Let’s look at dogs first. The first and probably most common cause of hacking in dogs is what we call a reverse sneeze. Reverse sneezes are spasms of the diaphragm that cause very weird respiratory episodes. I encourage you to look at YouTube for some great examples of this. Another common cause of hacking/coughing in dogs, especially large breed dogs, is laryngeal paralysis. These dogs not only cough more but they also tend to be very loud breathers. Another common cause of hacking in small breed dogs is collapsing trachea; this is a condition where the trachea (windpipe) in dogs can actually collapse as they age.

The list of causes of hacking in cats is quite a bit shorter. They typically don’t get any of the above issues that dogs do, but remember cats are not small dogs. Generally, any kind of hacking or coughing in cats tends to come from the lungs and should really been seen by your veterinarian. Cats don’t cough often but when they do, it generally means something that is worthy of a vet visit.

Again, and I cannot say it enough. Please don’t wait to see if your dog or cats breathing gets better. It can take a long time for lung issues to show up. Labored breathing and waiting longer can be the difference between an emergency or a regular visit to your veterinarian.